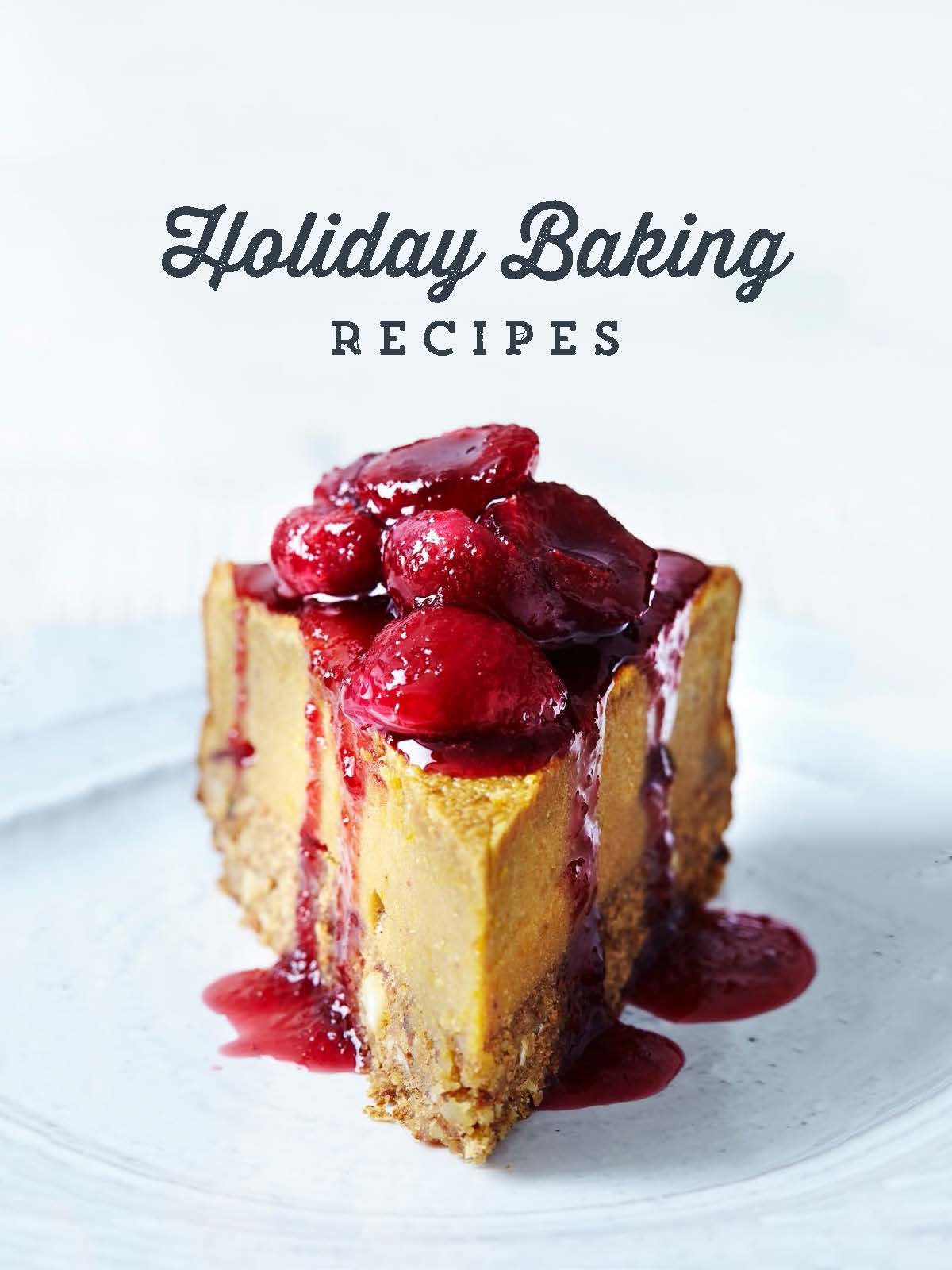 The holidays wouldn’t be the holidays without some delicious desserts to share and savour with friends and family. Some people prefer the classics, baked with rich premium ingredients. While others prefer alternatives, delicious treats made with whole-food substitutes.

Whichever you prefer, here are 3 amazing desserts that fit the bill — and they will absolutely blow your mind.


1 handful of chocolate
chunks or chips
dark chocolate bar,
broken up into pieces
(optional but delicious)

In a stand mixer or a food processor, blend whipping cream,
bananas, vanilla extract, and cinnamon into a loose liquid.
Arrange the panettone in the baking dish. Pour the banana cream
mixture on top, pressing with your hands to help the bread soak up
all the liquid. Place the baking dish in refrigerator.

Combine egg yolks, sugar, and cornstarch in a saucepan and
whisk slowly. Add the milk and stir until well combined. Place over
medium-low heat and whisk slowly and continuously for at least 5
minutes, until the mixture begins to thicken.
Once the custard thickens slightly, mix in the cashew butter. Whisk
for about 30 seconds more and remove from heat.

Remove the baking dish from the refrigerator. Pour about half of the
cashew custard over the panettone, letting it settle between the
bread pieces. Place the remaining custard in the refrigerator and
allow it to cool completely.

Sprinkle the chocolate chunks evenly over the bread pudding and
bake in the preheated oven for about 45 minutes. Allow the dish to
cool slightly, until warm to the touch.

To serve: Using a large spoon, scoop out a portion of the
pudding and place it on a plate. Serve alongside a big scoop of
cooled custard.

Note: If you’re making the pudding in advance, simply reheat the
whole baking dish in the oven at 175°F until warm to the touch.

Put flour, salt, semolina, icing sugar, and butter in a food processor and
pulse quickly until the mixture resembles medium-sized breadcrumbs. Add
egg and milk or water. Pulse until a dough forms.
On a large sheet of parchment paper, form the dough into a ball. Flatten
slightly and wrap in plastic. Refrigerate for at least 30 minutes.
Preheat the oven to 350°F. Butter and flour two 8” tart pans with removable
bottoms, tapping out excess flour.

Lay out a large piece of parchment paper and dust it with flour. Remove
dough from the refrigerator, cut in half, and roll one piece to about 9 inches
in diameter. Carefully flip the dough into the first prepared tart pan, pressing
it tightly around the pan’s bottom and sides and removing any excess
dough.

Repeat for the second tart.

Cover the dough in the bottom of the tart pans with dried beans. Bake for
15 minutes.
Remove the crusts from the oven and allow to cool. Remove beans.

Place pears in a mixing bowl and toss with lemon juice. Set aside.
In a bowl, whisk ½ cup of the maple syrup, the whole egg, and the egg
yolks. Set maple syrup mixture aside.

Combine whipping cream and milk in a saucepan and bring to a boil.
Immediately remove from heat. Allow the cream mixture to cool for a
minute.

Add a large splash of the cream mixture to the maple syrup mixture and
whisk quickly to temper. Repeat until the two mixtures are completely
combined.

Place the mixture in a saucepan over medium-low heat. Whisk until it
begins to thicken into a custard. Immediately remove and strain the custard
through a mesh sieve into a large mixing bowl.

In a clean saucepan, combine the remaining ¾ cup of maple syrup, pear
slices (lemon juice discarded), and walnuts over medium heat, bringing it to
a boil. Reduce heat and simmer for 5 minutes, flipping the pears once.

Coat the bottom of each tart crust with custard, then assemble pear slices in
a single layer. Sprinkle the maple syrup and walnuts on top.

Place the tarts on a cookie sheet and bake for 15-20 minutes, or until the
walnuts begin to brown. Remove and let cool.

Once cooled, place in the refrigerator overnight.

Preheat oven to 325°F. Position the rack in the middle of the oven.

Put the almonds, flour, sugar and salt in a food processor and pulse until the
mixture becomes gritty.

Melt the butter and vanilla in the microwave; let cool.

In a small bowl, whisk the butter mixture and egg yolk. Add it to the food
processor and pulse until a moist dough forms.

Press the dough into the bottom and sides of the prepared springform pan.

Bake for about 15 minutes, until golden brown. Cool completely.

Using a hand mixer or stand mixer fitted with a paddle attachment, mix the
cream cheese, sugar, and salt for 1 minute. Add the honey and mix for 30
seconds. Add the ricotta and mix until well combined. Add the cornstarch
and mix.

Beat in the eggs one at a time, followed by the vanilla seeds. Transfer the
mixture to a large bowl and refrigerate.

Using a hand mixer or stand mixer fitted with a paddle attachment, whip the
whipping cream until fluffy. Using a rubber spatula, fold the whipped cream
into the ricotta mixture to create the filling.

Pour the filling into the cooled crust and spread evenly.

Bake or 1 hour 15 minutes (the cake will not look completely set — that’s ok).

Cool to room temperature on a wire rack, then refrigerate overnight.

Put the cherry juice and 1 cup of honey in a saucepan over high heat and
bring to a boil. Reduce heat and simmer until the mixture thickens slightly,
about 30 minutes, skimming and discarding any foam that forms.
Add the cherries, ¼ cup of honey, and orange zest, and simmer for about 10
minutes. Transfer to a bowl and cool, then refrigerate until ready to serve.

Gently run a thin knife between the cake and the side of the springform pan,
then remove the pan’s siding. Move the cake to a cake stand and top with
the cherry topping.

Store leftovers in the refrigerator.

Never Suffer From Emotional Eating Again Want to learn how to stop emotional eating? Great. We’re here to help. Emotional eating is one of the biggest hurdles you’ll face when trying to...
What’s Protein and How Much Should I Eat? Whether you want to build "long, lean, toned" muscles or "big and bulky muscles", you'll need to know one thing... They're all basically the same. T...
You Don’t Have to Give up Carbs to Lose Weight Carbs… Doughy, sugary, starchy carbs. They’re everywhere - pastries at the coffee shop, pasta dinners, bread on your sandwich, french fries, cookies...
10 Quick Healthy Breakfasts Morning's are usually busy and it can be tough to get organized and get out the door on time while still getting a healthy breakfast in. Getting a he...
Coconut Oil: It’s Not a Big Deal Over the past few years, coconut oil has risen to fame as a “health food.” Since the nutrition industry has finally gotten over it’s phobia of fats, ...
How to Fix a Broken Diet In this article I'll share the How to Fix a Broken Diet. I’ll also share how we troubleshoot eating plans when they’ve “just stopped working” and y...